The Domain Name: An Origin Story (Part I) 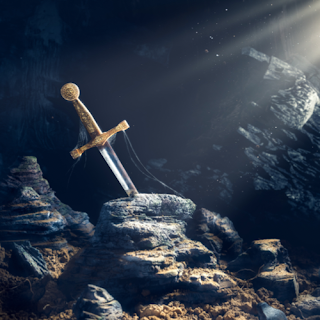 My life story, told within the context of God’s story, is an interesting one. It’s a testimony to the lengths the Good Shepherd will go to recover even one of his lost sheep. He made me into a poet, speaker, and storyteller by gifting me with a knack for wordplay, a boldness to speak in front of crowds, and an uncanny ability to connect with people from all walks of life. Consequently, I’ve been asked to write short pieces and devotionals, compose and perform spoken-word poetry, and share my personal experiences and insights at various functions over the past 15 years. Often, people would come up to me afterwards to share how they connected with my story… and then ask for my contact information.

It inevitably turned into this awkward interaction, me scribbling my email address on a scrap piece of paper or trying to figure out how to work their cell phone so I could put my name and number in. The last time that happened, I resolved to get some business cards printed. But there I was, staring at the space on the template that read: Business Name. I mean, it wasn’t a big deal; there wasn’t even an asterisk denoting that it was a required field. But for some reason I just couldn’t move past it.

Then I was reminded of this vision I’ve had for my next tattoo. As a writer and a Christian, I believe in the power of words. The concept for the tattoo is that of a sword and a pen intertwined, both grappling for control; it’s imperceptible where the pen ends, and the sword begins. In the Bible, the Sword of the Spirit, the only offensive weapon in the Armor of God, is the Word of God. God often uses my affinity for wordplay to get my attention. The significance that the tattoo came to mind as I was trying to decide on a name for a business that didn’t even exist yet wasn’t lost on me.

“To the hilt” is an adage which, according to Dictionary.com, “alludes to the handle (hilt) of a sword, the only portion that remains out when the weapon is plunged all the way in.” Essentially, when you do something to the hilt, you’re all in. When you live life to the hilt, you live it to the full, to the greatest degree possible. You use all the power and resources available to you as a child of the Most-High God, and, without reservation, you plunge all the way in and embrace the abounding fullness of joy that Jesus lived, died, and was resurrected for you to have. And then you use the blessings, gifts, and abilities he gave you to answer God's call when it's time to reach back and help another in need.

Just one year ago, I was not that girl. Don’t get me wrong; I have had an amazing life. Before I’d turned 40 years old, I had accomplished everything I’d wanted to do in life. I’d married my high school sweetheart, and we’d raised two beautiful children together. Against the despairing odds associated with being a teenaged mother, I eventually made it to college. I graduated from both a community college and a national university with honors, earning four degrees in five years. I’d taught English and History to middle schoolers in both Newport News and Hampton, with much success. My family was active in our church and our community. We even had three adorable little white dogs and lived in a house by the beach.

Those are all verifiable facts. But, y'all... I was busy, stressed out, and it took everything in me to just exist. It was impossible to be all in as a wife, a mother, a teacher, a daughter, a sister, and a friend. Let alone trying to serve at church! I always felt like I was falling short, like someone was suffering because I wasn’t prioritizing well. Countless late nights at work put a strain on my marriage; I was saddling hubby with most of the household responsibilities. My son was transitioning from being a teenager with autism into being an adult with autism, and we were all trying to determine what that was going to look like for our family. My daughter was at a critical point in figuring out her own identity and purpose, and we seemed to be constantly butting heads. And the dogs were always barking in the background. It was all too much for me to bear… I didn’t pretend everything was perfect, either. I’m not set up that way. I just dug my heels in and handled things. I am set up that way.

The thing is... I wasn’t handling things well. Far too many hours were spent staring at the television screen and scrolling through social media on my phone, wine glass in hand, as I tried to both tune out and plug into a world whose requirements I could never quite seem to meet. I barely answered calls or texts, for fear that someone else would need me to give more of me… I simply didn’t have anything left.

“SOMETHING’S GOTTA GIVE!” I shouted earnestly at God. There was this quiet voice of assent in my heart. It was me-- I had to give. I had to acknowledge, AGAIN, that I needed Jesus. I had to admit, AGAIN, that I’d sinned and fallen short of God’s glory. I had to GIVE up everything I was fighting so hard to hold onto, everything I was working so hard to accomplish, everyone I was struggling so desperately to prove my love for and my commitment to. I had to give it all to God.

See, when I first accepted my salvation nearly 20 years ago, it was on the floor of a jail cell in Queens, NY. I’d been arrested for assault with a deadly weapon. If you knew even a fraction of what I’d come from, seen even a glimpse of the promise of where I could have gone, you’d understand how utterly ironic it was for me to have been behind bars. For wielding a knife against my boyfriend in front of our children and his little sisters because I hadn’t yet realized that we were allies and not enemies. My mother had affectionately called me “The Chosen One” for as long as I could remember. Growing up, my cousins had teased me for being a “goody two-shoes.” I’d even been voted “Most Likely to Succeed” by my peers in high school. That night, I felt like none of those things.

With a swollen, black eye and a shattered, repentant heart, I’d fallen prostrate on the concrete floor of my cell. I didn’t need to ask, Why me? or How did I get here? because I already knew the answer to both questions. I admitted to God that I understood how I had been the one to abandon him, not vice-versa. That I’d been living a life only for me, trying to control everything and everyone and making one selfish choice after another. I humbly apologized and accepted total responsibility, ready to face whatever consequences my God and the courts saw fit.

I accepted Christ into my heart. I could tell that something in me had been fundamentally altered. With my next breath, I made a promise to live my life serving God, seeking Him, loving Him. “My life is yours,” I’d said. “No matter what happens, I’ll use my story to tell everyone about you.” In that moment, my faith was so strong because I'd never been more alone... yet I'd also never felt such comfort. I knew he was there, that he'd find some way to turn the mess I'd made into a message about his glory. I may have been behind bars, but I felt freer than ever before.

The next day, my boyfriend and I stood before the judge for our arraignment. She looked up from her papers, and I saw what was either pity or compassion flood her face; it didn’t matter which it was… both were equally humbling. One was symbolic of my epic failure, my fall from grace, if you will. The other was quite literal, an acknowledgement that we all fall short of the standard of such a glorious God, yet we are set free by grace— justified by a gift we could never deserve or earn, redeemed only with our acceptance of Christ and his sacrifice.

God, in His infinite mercy, shone his favor upon us; the courts did, as well. We were released on our own recognizance. We may not have had to pay bail, but we’d had to acknowledge that we owed a debt. God said that it had already been paid in full, however. All charges were dropped, our records expunged, when we held up our agreement to "stay out of trouble" and seek counseling over the following 8 months. We started the process of healing and forgiveness, and we got married in December of 2004. We moved to Virginia the following year... after a few more life-changing events.

In time, I’ll share further details of my story, but God's loving mercy is and will always be the most relevant detail. I honored my word: I changed my environment, joined a church, and sought God with everything in me. My life didn’t get easier; I just finally began to believe that I wasn’t as alone as I'd thought. Somewhere along the way, though, I stopped keeping God in the loop. I arrogantly thought I understood “how things worked.” I was using my gifts and talents to help others and trying to live for God in all of it, but I wasn’t doing life with Him.

So all those years later, it wasn’t on a disgusting concrete floor next to a metal toilet that I called on God. I was driving home from my job on a weekday afternoon in March of 2019. I'd done everything I could've hoped to accomplish and more. I was surrounded by loved ones; I thought I was doing what I'd been put on earth to do. But there was still this gaping hole in my heart. “What do you want me to do next?” I finally asked God.

Thank you for taking the time to read and share your response! 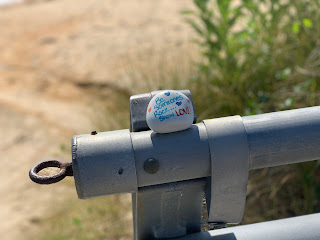 Where to Start? The Beginning of the End of My Rope 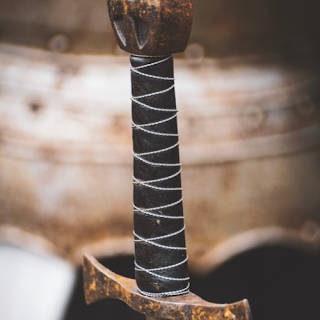 L. M. Pickering
I was born in Queens, New York, to a couple of special parents. I married my high school sweetheart, DB, and we have two amazing children (Buddy and Ana). I also have a wonderful stepson (Prince). I am a born-again Christian trying to live out the life God wants me to live, and, while I may stumble and fall along the way, I believe that my steps are ordered and He is always by my side. My life, thus far, is a true testimony to God's grace and mercy, and also to the depths that my Shepherd will go to bring his sheep home.